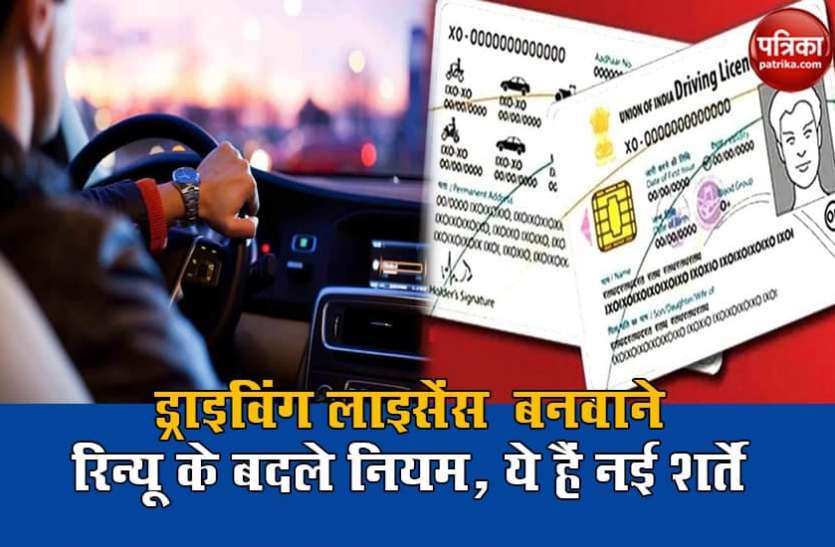 Driving License: Motor driving rules are the same in all places in the country, but some states have also given relaxation in rules. The queues of those who get driving licenses are increasing day by day. In such a situation, advisory is issued from time to time by the Transport Department. Appointments are required to get driving license at the time of recruitment like Delhi Police Constable. The process for driving license has been made online. For this, the process can now be completed by going to the nearest RTO office. Today, we are telling you how many changes have been made in the process of getting driving license these days.

Heavy Driving License Renewal
This license was earlier given to you for 3 years, but now its validity period has been extended. Now the validity of the heavy license has been extended for 5 years. You do not need any other documents for renewal. You must have a medical fitness certificate and an original license with it. Photographs / signatures are done after fee payment and marking by DTO. The license is renewed on the same day. A copy of the license becomes available soon at the RTO office. Heavy driving license is preferred in state and central government jobs. Additional marks are also given in government jobs for heavy driver’s license.

Will not be sent by post
Driving licenses were sent by post by the transport office, which have been discontinued. Due to the problem of not reaching the address given by post and increasing complaints, facility has been provided in the office itself.

Extension of validity
Earlier, the validity of a heavy driving license was 3 years, now it has been increased to 5 years. Now to renew the license after renewal, one has to apply after 5 years.