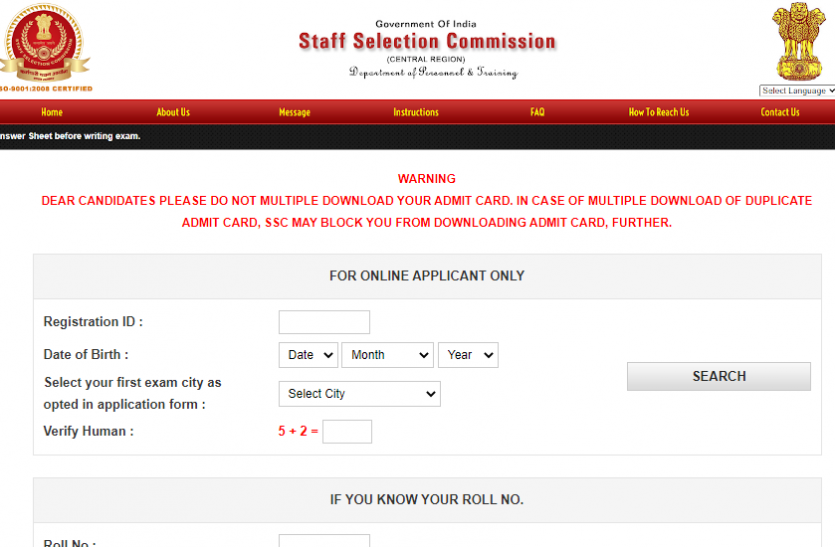 SSC CHSL Exam Tier-1 Admit Card 2019: Staff Selection Commission has released the CHSL-2019 Tier-1 admit card. Candidates who had applied for CHSL-2019 can download their admit card from the official website of the Commission. The Commission has issued the admit card of SSC CHSL Tier-1 only to the candidates of Central Region. The examinations will be held from October 12 to October 21. For this, the commission has set up examination centers in many cities.

SSC CHSL Exam Tier-1 was to be held from 17 March to 28 March 2020. But this test was postponed due to the increasing transition of Kovid-19 and nationwide lockdown. Now this exam will now be held from October 12 to October 21.

SSC CHSL Exam Tier-1 will have a total of 200 marks paper consisting of 4 sections of 25-25 questions each. Each question will carry 2 marks. There is also a provision for negative marking in this examination. While 2 marks will be awarded for each correct answer, 0.50 marks will be deducted for each wrong answer.